iPod are doing a movie tie-in in Thailand with an edition of the MP3 player which features Khan Kluay, the baby elephant hero of Thailand’s first full length animated film

Khan Kluay has just been released here in Thailand, and the eponymous baby elephant hero of Thailand’s first full-length animated feature is going down a storm in its home country. Visually Khan Kluay has got a lot of the same cuteness factor as that Disney perennial Dumbo – so much so that a movie tie-in iPod has been produced (a ThaiPod?) to accompany the release of the movie. (I haven’t been able to verify either way if Apple and the film makers have endorsed this as an official spin-off).

In the Khan Kluay iPod box you get a 30 GB iPod along with a special edition bright green Khan Kluay skin for the MP3 player – complete with baby elephant pendant. On the back of the iPod itself there’s an engraved Khan Kluay logo featuring the elephant above the Apple logo. There’s also a bundled CD with movie promo items such as movie trailers, music from the movie and behind the scenes footage. I think there’s also wallpaper for the iPod too. The whole package retails for 12,900 Thai Baht, which is $US 339 at current exchange rates. 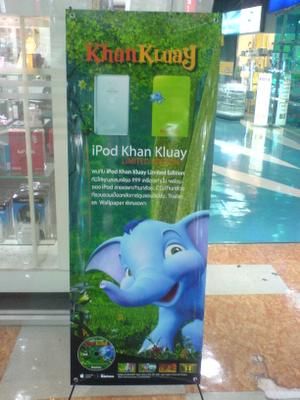 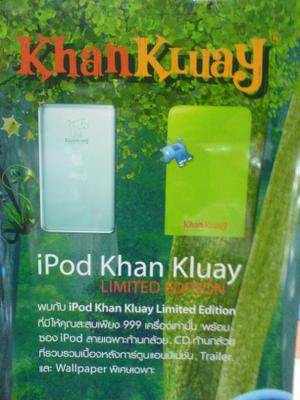 Close up of the promo poster 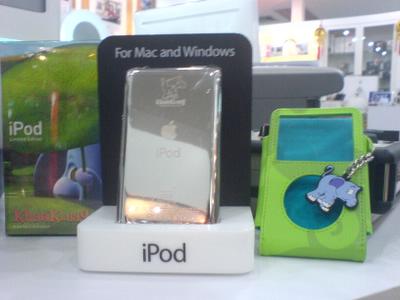 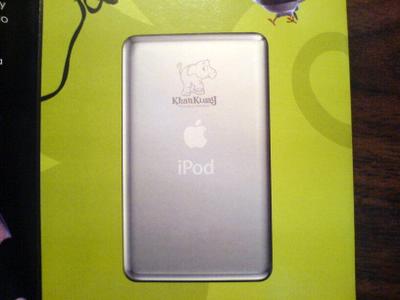 The Khan Kluay iPod back with engraving 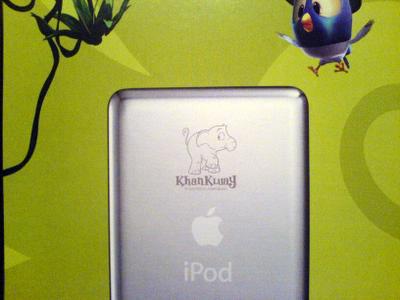 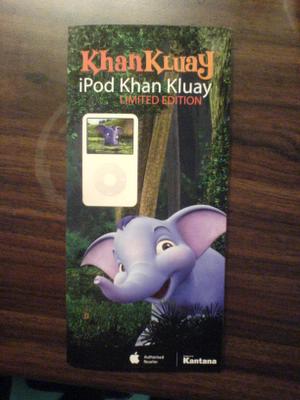