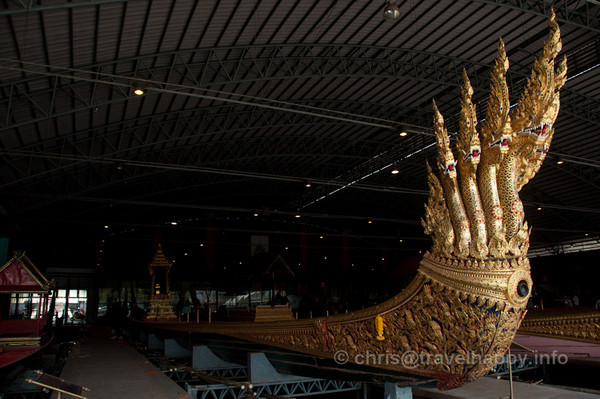 On November 9th 2012, 100 barges rowed by over 2000 oarsmen will take to the waters of Bangkok’s Chao Phraya river as part of the Tod Kathin Festival to mark the end of the Buddhist lent.

At the centre of the procession will be the four Royal Barges, which are stunning examples of Thai artisanship. Each of the Royal Barges was commissioned by a different King of Thailand. 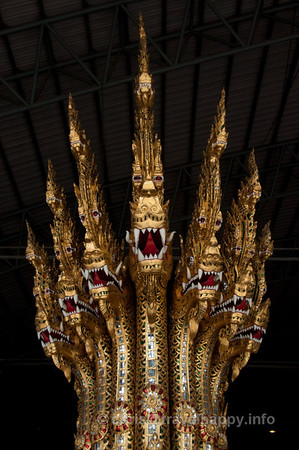 There are rehearsals for the actual procession for several months before it begins, so if you are not in Bangkok for the procession itself, you can still see some of the barges on the water. Thai Travel News has the full list of rehearsal dates, although they are subject to change.

When the Royal Barges are not in the water, they are housed at the Royal Barges Museum, which is essentially a dry dock just off the main thoroughfare of the Chao Phraya. There you can see these magnificent ships up close and personal.

You can read more about the history of each individual Royal Barge at the informative Wikipedia page, which also has some great photos.

The easiest way to get to the Royal Barges Museum is to take a longtail boat from Saphan Taksin BTS station – it makes a good stopping point if you want to do a longer tour of the Bangkok klongs. 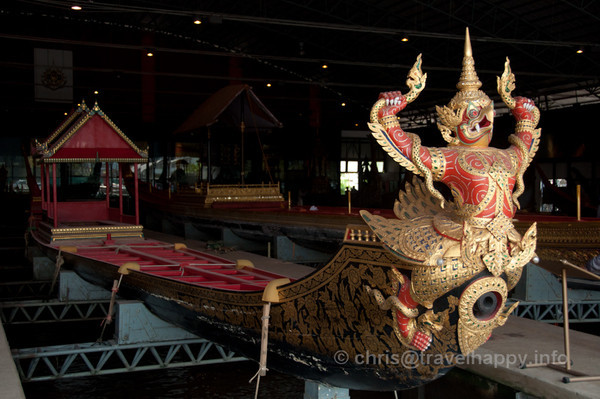 There’s some more photos of the Bangkok Royal Barges in the Travelhappy photo gallery.