See why Bangkok used to be called “the Venice of the East” by exploring its canals and the communities that still live on them, right in the heart of the modern metropolis 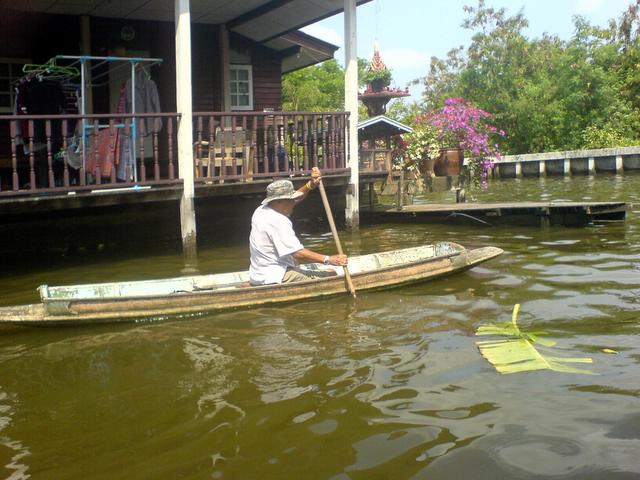 It’s a cliche to talk about the pace of change in cities – how everything gets put up and ripped down so rapidly, especially in cities all across Asia. But Bangkok takes that speed of change one step further – there are few other cities outside China where a metropolis has metamorphosed so radically from its origins than in Bangkok. Visitors to Bangkok in the early part of the 20th century saw canals crisscrossing the city and providing the chief means of moving around it, all feeding off the Chao Praya river where tradeboats came in.
These canals gradually succumbed to being filled in and turned into roads, generating the gridlock for which Bangkok has become notorious.

But still in the heart of Bangkok lies a huge network of canals where hundreds of people go about their daily lives, just the other side of the Chao Praya from the huge skyscrapers of the financial district but seemingly a world away. Bangkok’s canals are a magical place to visit and are a remarkable contrast to the frenetic pace of the rest of the city. 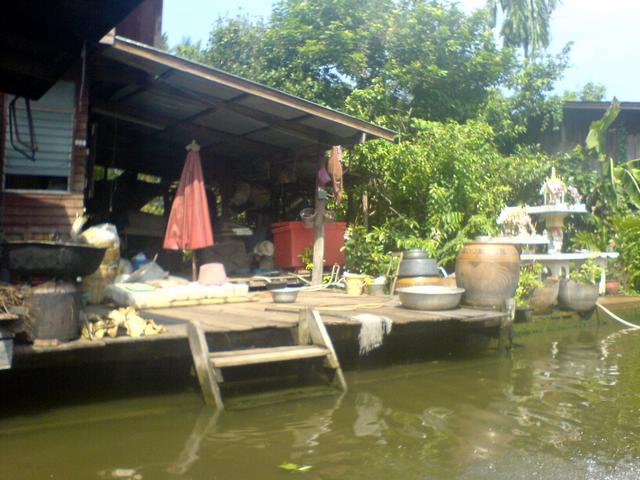 You can get your very own tour of the klongs (canals) by hiring a longtail boat to take you there. There are several gentlemen touting for business at Saphan Taksin, the riverboat and BTS Skytrain stop – a longtail boat will comfortably hold at least six people and I’ve been variously charged 1500 and 1800 baht per boat for an hour and half trip around the klongs. There are all sorts of routes you can take, with lots of extra attractions to go and see and places to disembark for lunch or explore. You could make a whole day of it if you wanted. Both times I’ve done it, we’ve elected to simply stay in the boat and explore the klongs themselves. 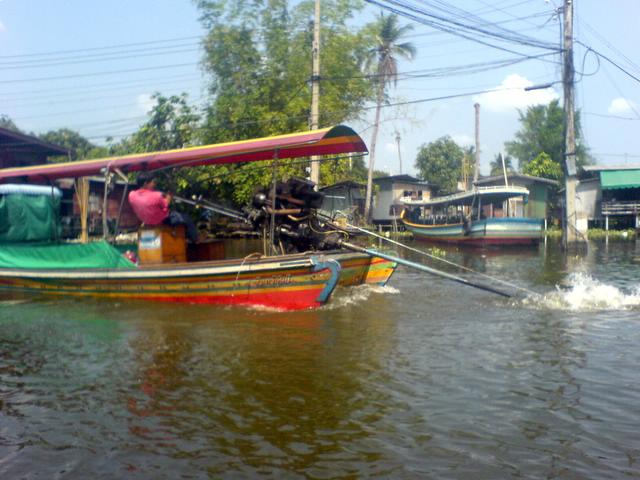 Riding a longtail boat is a bit of an adventure in itself – the distinct narrow, beautifully crafted wooden hull is powered by the famous longtail engine – basically a car engine with a propeller shaft attached. The longtails were made famous by the chase sequences in the James Bond flick The Man With The Golden Gun, and they can shift when the boatman opens up the throttle.

To enter the klongs, you pass through a lock which was build to prevent the houses along the canals flooding when the main river rises during the river season. Once through there – and sometimes it can take 15 minutes of waiting or so – you enter into the network of canals proper. It’s worth having your camera ready from the start, because lining the canals are all manner of houses from the most dilapidated to the impressively grand, all cheek by jowl with one another. The canals are quite narrow – only about 20 feet across – so there’s a lot to take in. Along the way, there are numerous temples, shrines, restaurants and schools and you’ll see the locals going about their day.

There’s one enterprising lady who is a one-woman floating market, waiting in her little boat for visitors to come along to buy some trinkets. She’s very friendly and speaks excellent English. There’s also mobile food vendors, who have their charcoal grill rigged up in the boat itself and are busy cooking up delicious chicken kebabs whilst paddling around the klongs with admirable dexterity. You’ll inevitably see kids messing around on the water’s edge and taking a swim – they give a cheery wave when you go by and usually try and compete over who can push the other one in the water first too. 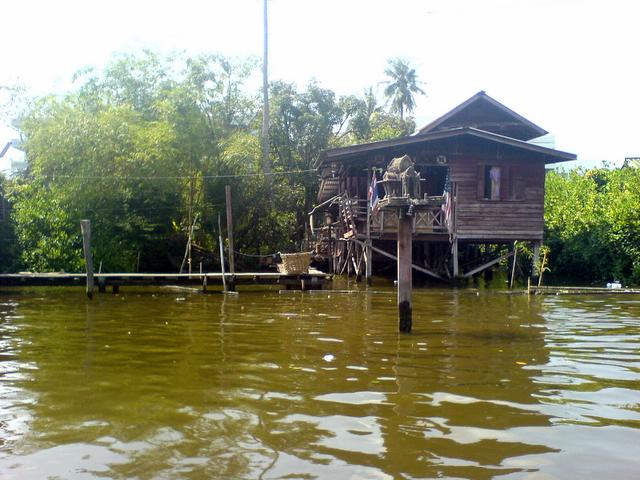 In short, there’s a whole way of life to see on the klongs, just by sitting on a boat and taking it all in. It makes a welcome change from the traffic snarlups on the other side of the river and also lets you get a glimpse of life as it used to be lived through much of Bangkok. The west bank of the river has remained largely undeveloped and this will no doubt soon change – but hopefully the klongs will remain and perhaps even have a renaissance as a way for 21st century Bangkokians to get around their city.

I’ve included a couple of klong photos here and there’s a gallery of pics you can browse too – click for larger images: