Beyond Mandalay’s modern city hubbub lie three of Myanmar’s ancient capitals – Amarapura, Sagaing and Inwa – which can be visited in a day and includes the must-see U Bein Bridge. Bob James goes exploring. 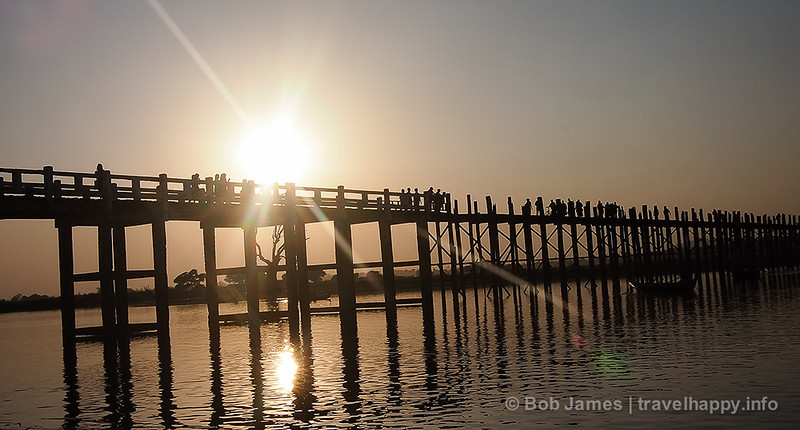 Mandalay is an established tourist stop but Myanmar’s second-largest city is, for the most part, a soulless collection of wide, well-paved streets, neon, and karaoke joints with a smattering of overpriced hotels. There are few reasons to tour Mandalay – its attraction is what lies beyond: the ancient capitals of Sagaing, Inwa and Amarapura.

The beauty of visiting the three old capitals is that they all can be done in one day. Your Mandalay guesthouse can arrange the all-day adventure for 15,000 Burmese kyat (around $19 USD) and they’re almost always done on the back of a motorbike. Tours by car are not possible in Sagaing or Inwa, although horse and cart could be a (slow) option.

Tours begin around 8 a.m. and return at sunset. Most usually begin with a 20-minute drive to Sagaing and stop for lunch before heading onto Inwa. The day’s finale ends in late afternoon with the dramatic sunset over Amarapura’s U-Bein Bridge. Be sure to apply sunscreen liberally and wearing both a hat and easy-to-remove sandals are recommended. 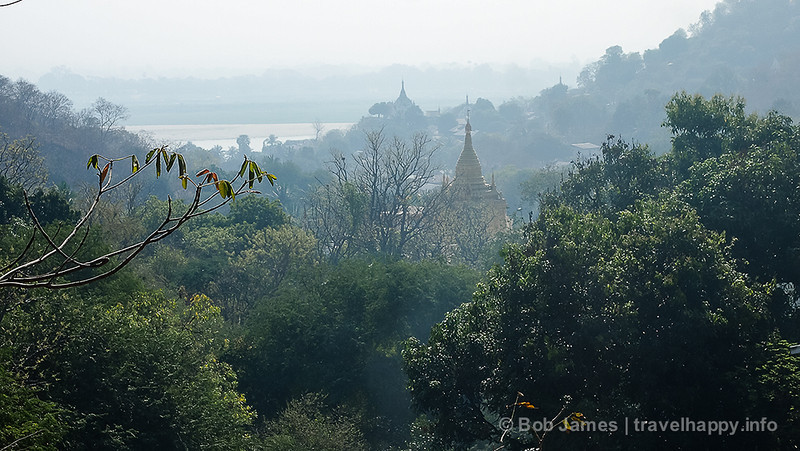 Arriving in Sagaing – the capital of Myanmar from just 1360-64 and 1760-64 – you may find yourself alone there. The city has very few residents who aren’t monks. But there are a lot of temples. The hills are dotted with golden stupas, so many tour guides make only one stop: the revered Soon U Ponya Shin Paya.

Supposedly sprung from the mating of a frog and a rabbit, the pagoda sits atop a mountainous flight of stairs. Just be careful to come down the same flight you went up or you may not find your driver.

Perhaps more interesting than the temple itself, were the grounds. The view from the top of the hill is impressive and the property actually is home to some non-monks, including a woman living in a teahouse with four small children.

Through limited English she explained she lived there knitting bags and other accessories to sell to tourists. The tea was free, but a 1,000 kyat tip was appreciated. Totally peaceful, the visit was one of those “moments” you remember long after. 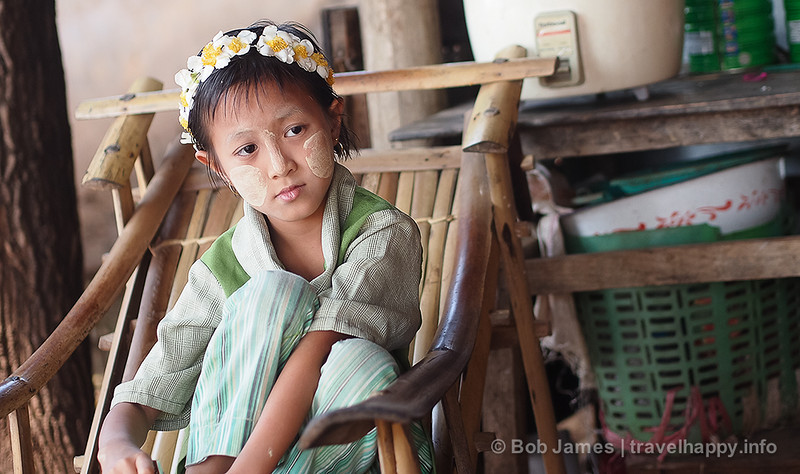 Serving as capital three times, totaling about half of the past 650 years and most recently from 1823-41, Inwa’s main sights include two monasteries, the palace ruins and a pagoda. It’s also the textbook definition of a tourist trap.

Even though you’ve paid for your tour, you’ll be dumped off at a river’s edge, where you have to pay a boat operator 1,000 kyat to take you 30 seconds across the water to a stable of horse-cart drivers who make Thai and Vietnamese taxi drivers seem polite.

There’s no way to see the sights other than by horse cart and the fare is 5,000 kyat for one person for 2,500 kyat each for a minimum of three. Single travelers were not permitted to pair up with others. Drivers simply refused to take them. And they do not bargain.

Once you’ve arrived at the first stop, you’ll be hit for more fees; this time a U.S. $10 fee for a government “permit” to see the historical sites in the three capitals.

In hindsight, the entire Inwa stop could be skipped. The teak Bagaya Kyaung monestary, a 1834 structure built on 267 wooden posts, is all but empty and quite dull. Nanmyin, the ruins of the old royal castle has only an observatory tower left. And Yedanasini Paya was pretty, but doesn’t hold one’s interest long. 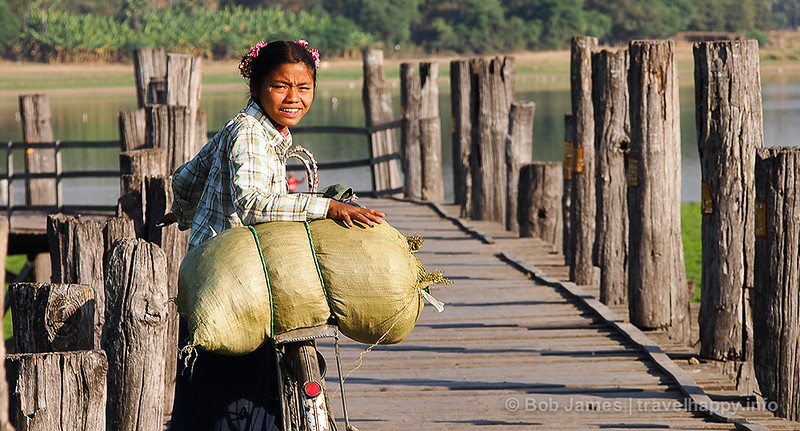 The highlight of the entire day is Amarapura’s U Bein Bridge.

Before you get there, however, you’ll likely make a stop at the Kyauktawgyi pagoda, home to a surprisingly dirty reclining Buddha and a colorful sitting Buddha. The whole place feels somewhat neglected.

U Bein, however, is amazing. The world’s longest teak footbridge curves some 1,300 meters across the shallow Thaungthaman Lake. Built by in the mid-1800s under commission from the mayor U Bein after salvaging the unwanted teak columns from the old palace during the move to Mandalay, the bridge is busy throughout the day but sees the most activity at dusk: fishermen in the still waters, monks streaming crimson from one end to the other, Burmese biking from shore to shore on their way home from work.

Unsurprisingly, it’s one of the most photographed sites in Myanmar and you can easily spend 90 minutes walking both on and below the bridge. The only shocker was one many people don’t see from above: the blanket of garbage below the bridge. Potato chip bags, beer bottles, diapers and even shoes have been tossed by Burmese as they make their way across the expanse. Much of the land below is farmland, but apparently the locals think it also is a dump.

Sunset here is a remarkable sight, so tell your driver to wait and have your camera ready.