A self-sufficient village deep in Myanmar’s Shan State, Hsipaw offers a taste of real Burmese village life and some beautiful trekking routes in the surrounding countryside, as Bob James explains 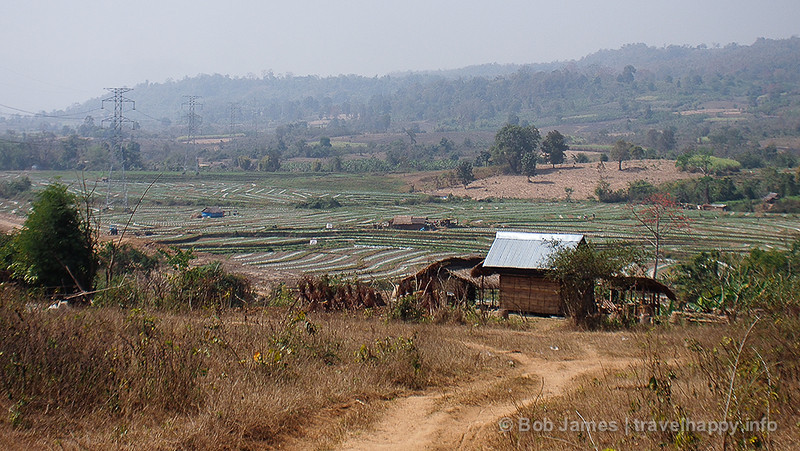 In a country that hosted only about 300,000 western tourists in 2011, there’s really no such thing as the “beaten path” for tourists. But if you want to get off what path there is, then a stop in Hsipaw is a great option.

While Internet travel forum curmudgeons have labeled Hsipaw “the most touristy place in Shan State,” that isn’t saying much. Some stops along the main Shan railway have exactly one guesthouse to accommodate visitors. Hsipaw, at least, has three.

Hsipaw’s attraction lies in what it doesn’t have: You won’t find dozens of temples, ancient ruins or cultural theatres. This is the Asian countryside, much as it has been for 50 years. Only a couple streets are paved, ox carts are common means of transport and the entire area is self-sufficient.

All the crops grown in the fields and products made in home workshops are sold in the local market. The outside world intrudes only twice a day with the coming-and-going of the slow train to Mandalay, during which you can see and cross the jawdropping Gokteik Railway Viaduct. 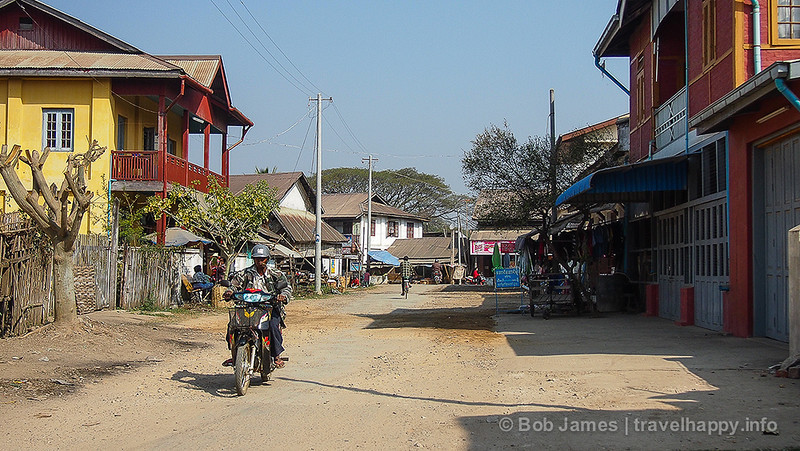 Where to Stay In Hsipaw

While there are plans afoot to build a proper hotel and golf course outside town, for the foreseeable future tourists have a choice among three guesthouses.

The Mr. Charles guesthouse is the most popular. But as the first inn for international tourists in town, it has grown to be both too large and its staff too greedy and arrogant for many. The Lonely Planet forum has hosted such a long-running and vehement anti-Charles thread, it’s now linked on Hsipaw’s Wikipedia page.

Those looking to escape the kind of avarice many fear will sweep Myanmar as it opens to the west should choose the Nam Khae Mao Guesthouse on Hsipaw’s main road. Like everywhere in Myanmar, room rates are now about double what even recent travel books estimate, but the staff is incredibly friendly and helpful and all the same treks and activities Mr. Charles offers can be had here … for less.

Where To Eat In Hsipaw

Unless you’re staying at Mr. Charles (which pushes its own restaurant), you’ll have several good options for dining. The most popular place is Mr. Food, a Chinese joint with cheap, cold draft beer. Better cuisine can be had a few doors away at San, which offers half a barbecued duck, soup, rice, two sides of veggies and a tall Myanmar beer for $7. 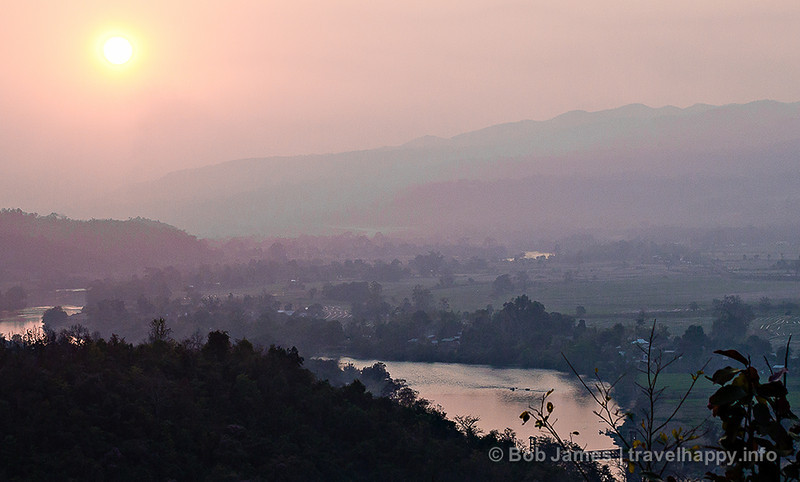 What to Do In Hsipaw

Trekking is the thing to do in Hsipaw. Your guesthouse can arrange both one- and two-day treks. The overnight trip will take you into the hills to Palaung and Pedung villages. But the day trip, running about 7-8 hours, is very rewarding.

Costing only $6, a private guide will walk you through and out to the north of town, passing through slapboard shacks and (relatively) nicer concrete homes in “Chinatown.” There’s an old Burmese graveyard — used for burials before cremation became the norm — and then the Chinese cemetery with tombs on the hill.

Then it’s into the fields where you’ll walk on — and sometimes stumble off — narrow earthen berms separating paddies of rice, soybeans, garlic and other herbs. You’ll make a sugar cane-processing hut where you can refuel on a mix of straight sugar and water.

The trek continues up to the local waterfall, which actually is not impressive enough to warrant the climb you’ll need to get there. In hindsight, it would have been better to skip the waterfall and head straight into the Shan village.

This is not one of the “show villages” you’ll find at Inle Lake, set up mostly to draw Burmese and (now) foreign tourists to see “real life.” This IS real life. All the Hsipaw people live here and craft their own unique products to make a living.

In one yard you’ll find a pair of blacksmiths hammering flat a machete. The next yard will have someone weaving bamboo mats and, in the next, a woman weaving bamboo strips into baskets. All of the goods are sold at the local market for local use, not shipped off to sale elsewhere. The only exception seemed to be the nearly full-sized lacquered horses in another yard. Three “merry-go-round” ponies stood under a tarp, waiting for shipment to some far-off temple. 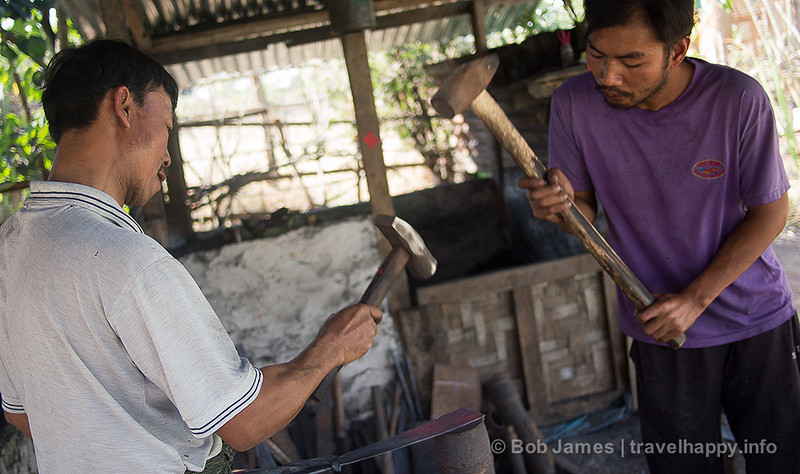 You’ll get back to the guesthouse around 4 p.m. But you’re not done. Shower and rest, then head back out with your guide to Sunset Hill.

It’s not as tall as Waterfall Hill, but it’s a haul after an all-day trek. At the top, though, the reward was a panoramic view of Hsipaw. Just be sure to not let the sun set completely. Remember, you still have to get down.