As Myanmar opens up to the rest of the world, Bob James explains why now is the time to go before mass tourism fully takes hold of this fascinating and diverse country

Ask anyone lucky enough to have visited the “new” Myanmar and you’ll be bombarded with a variety of superlatives, but also one singular piece of advice, expressed in the most-urgent of tones: Go now, because it won’t stay this way for long.

Isolated and ostracized for decades for the abuses of its former military leaders, Myanmar in 2012 is in the midst of the most exciting coming-out parities the world has seen since the fall of the Soviet Union. While cynics remain skeptical about their sincerity, the country’s marginally civilian government has made so many reforms – including allowing the results of April 2012’s historic election to stand – that western governments have begun rolling back economic and diplomatic sanctions.

The result has been an explosion of interest in traveling to the former Burma and a palpable feeling of excitement and anticipation in almost every single Burmese person you encounter.

Change in the Air
Western tourists, however, feel a bit conflicted. While applauding the greater economic growth and prosperity change will bring, they’re lamenting the loss the traditional way of life and fear Myanmar will follow the road that ruined tourism for many is Thailand and Vietnam.

In most ways, development in Myanmar is as much as 50 years behind the rest of the region. Outside the former capital of Yangon, infrastructure is laughable and modern technology a thing of rumours. Horse carts are common as taxis, oxen plow fields and medium-sized commercial trucks use diesel engines mounted on planks outside their cabs so they can be easily repurposed when needed.

Stepping into this world is bewildering and wonderful. And endangered. 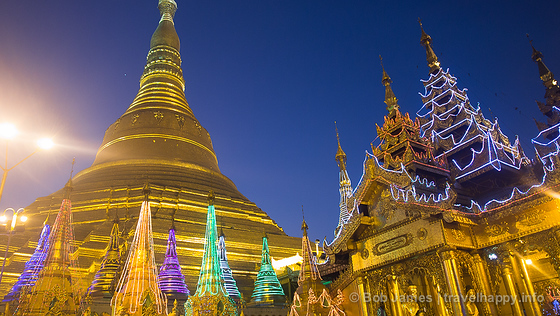 Burma Welcomes Tourists
After Nobel laureate and National League for Democracy opposition leader Aung San Suu Kyi began encouraging “responsible” tourism to Myanmar in 2010, the country jumped to the top of the “must do” lists of travel magazines – and many tourists – worldwide. And, to the delight of those who’ve made the journey, westerners were welcomed with open arms by the Burmese people.

Myanmar in 2011 welcomed about 819,000 foreign tourists, an increase of 26 percent from the year previous. But about 500,000 of those were mere border crossings by Thais and Chinese. Fewer western tourists visited the country that year than hiked the mountains of Nepal.

But that’s about to change. Conservative estimates put tourism growth in 2012 at 30 percent. But a 100 percent increase wouldn’t surprise anyone; if not in 2012, then certainly by the end of 2013, assuming government reforms continue.

Demand Outstrips Supply
While it that may sound like a fairy tale, the fact is Myanmar is totally unprepared to handle that level of tourism growth, especially when it comes to hotels. There simply aren’t enough.

The entire country has only 731 hotels and guesthouse with only 25,000 rooms, With 8,000 of those in Yangon, the rest of the country has little to offer. Even worse, according to the Union of Myanmar Travel Association only about 3,000 of those rooms are “suitable for tourists.” (By way of comparison, Agoda lists a total of 27 Myanmar hotels that you can currently book online, compared to 6207 in Thailand).

You Need To Book A Place To Stay In Advance
The shortage has meant the usual modus operandi for backpackers – just show up in a city and look for a room – doesn’t work. Not anymore. In guesthouses from Bagan to Mandalay to Hsipaw, unprepared young travelers now return from dinner not to socialize, but use the guesthouse telephone to call every listing in the Lonely Planet to find where they’ll sleep the next night.

Often, that doesn’t work. A French couple arriving after midnight in Mandalay in mid-February spent the night in the back of a pickup truck under a mosquito net. Every open guesthouse was already full.

While it may be less flexible, traveling in today’s Myanmar requires you plan your itinerary and book your accommodations in advance. Or accept a greater amount of stress and frustration if you don’t.

The Journey is the Adventure
Despite obstacles, traveling in Myanmar is incredibly rewarding. Most of the areas worth seeing are now open to foreigners. Only three cities are outright restricted, although much of the northernmost province, northwestern border and three central Myanmar cities require permits to visit.

Sitting on a streetside table in Hsipaw in February, a group of tourists looked around at the dark, dirt road and remarked that, within two years, the entire street may be lit and paved, power won’t run off generators and the prices will be higher.

It may not happen within two years. But it will happen. So, here’s some advice, given in the most-urgent of tones: If you want to go, go now.