Jim Thompson became famous for reviving the Thai silk industry and living in a traditional Thai teak wood house filled with exquisite antiquities. Jim Thompson’s House is now one of Bangkok’s premier tourist attractions, but the mystery of Thompson’s abrupt disappearance in Malaysia has never been solved 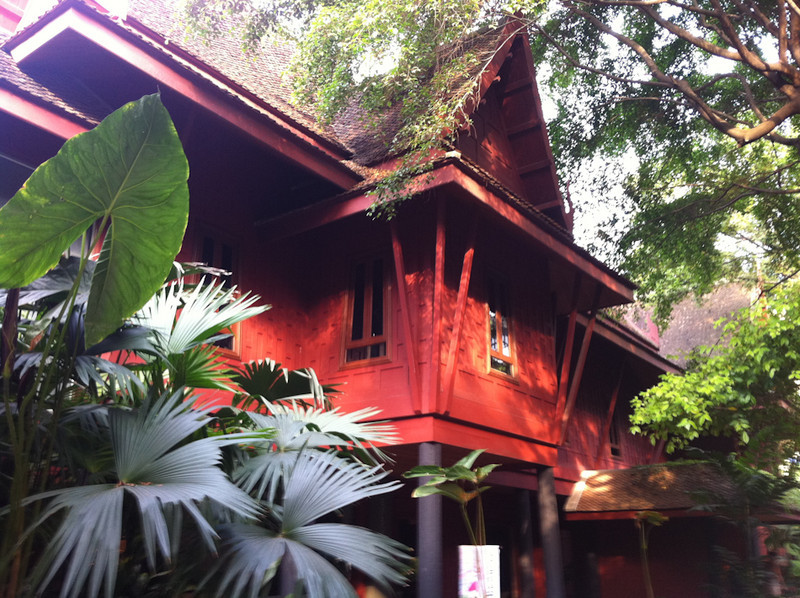 One of Bangkok’s premier tourist attractions, Jim Thompson’s house is also one of its most enigmatic too. Thompson was an American who originally worked in the Office of Strategic Services (OSS), forerunner of the Central Intelligence Agency (CIA), before radically changing his life in his mid forties and moving to Thailand. He fell in love with Thai culture and particularly Thai silks, becoming almost singlehandedly responsible for creating their huge popularity outside Thailand – despite never learning to speak a word of Thai himself. He became a local legend and for some, Noel Coward and Somerset Maugham amongst them, no trip to Bangkok was complete without dinner at Jim Thompson’s. 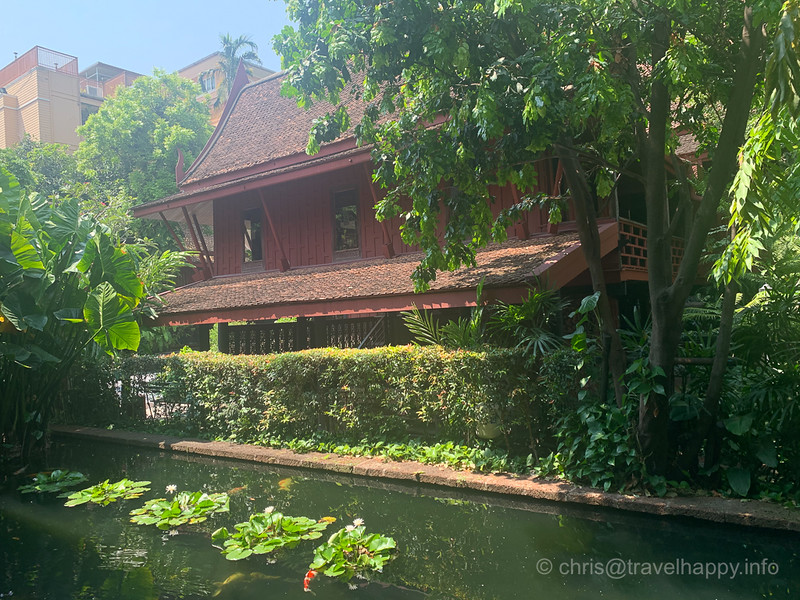 His house is actually 6 traditional Thai teak houses connected together which are fascinating to walk around, not only for their architectural merit but because of the beautiful items to be found within. The house is a crash-course in the history of Thailand itself, housing tapestries, sculptures and paintings from the last millennium up to the present day. On one wall hangs a Thai horoscope – Thompson chose the auspicious day in 1949 marked by the astrologer to move into his house. The same horoscope predicted bad luck would befall Thompson in 1967 – and this was the year he disappeared after going for a stroll in the Cameron Highlands in Malaysia. No trace of his body has ever been found. The CIA connection has obviously provoked numerous conspiracy theories.

Part of the interior of Jim Thompson’s House © chris@travelhappy.info

Despite Jim Thompson’s House becoming a super-slick tourist attraction, the house itself still has a sense of palpable absence enhanced by the mystery of Thompson’s death. It’s a remarkably intimate building which, for tourists more used to traipsing through palaces and the like, makes it much easier to imagine Thompson at work, especially in the tiny study.

It’s peculiar that such a strange story has never have been made into a film. You can buy the book in the on site shop, and also have lunch or dinner in the surprisingly good value cafe and restaurant. The restaurant overlooks the house and a pond teeming with koi carp – it’s a lovely spot.

The official site is at jimthompsonhouse.com.

Visit my page about Bangkok klong tours if you want to find out more about taking a long tail boat around the capital’s canals.